Diary of Lockdown Life - Week One 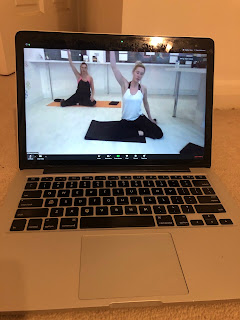 It's bizarre looking back over the last seven weeks that the UK has been in Lockdown. In some ways I can't believe that we are here. In others, it feels like a lifetime ago that things had any semblance of normality. This sense is perhaps exacerbated by the fact that - spoiler alert - I contracted quite a nasty case of COVID-19 and have spent the past few weeks in a kind of twilight haze - further suspended in time and space by the virus that continues to grip my body. Two ambulance calls and a hospital admission later, I'm on the very long road to recovery. But more on that to follow.  In order to piece together the past and to sharpen my own recollection of events, I've delved back into my hand-written journal, as well as Facebook where I tend to document my life, to pull it together. Dipping into my diary, I had last written an entry in early March. The next was as follows: "since I last wrote - the world has gone insane. COVID-19 - the virus that everyone's
Post a comment
Read more 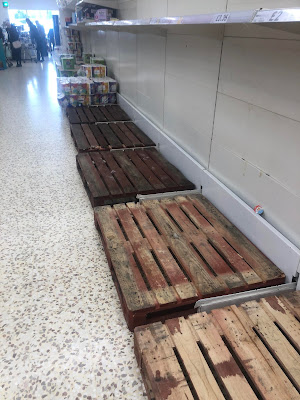 It all started to get a bit weird around early March. Up until then, Coronavirus (as it was then known) was buzzing around the outskirts of the news agenda, mildly on the radar but not really an issue for concern.  Hailing from Liverpool, I probably picked up more than most that the passengers returning from Wuhan, the centre of the outbreak, had been sent to the Wirral to be quarantined. Jokes were circulating online ( that guy in the Hazmat suit sitting next to the bus driver), and on Whatsapp. In fact, for a time, I switched my Facebook profile picture for a retro image of bottles of Corona lemonade. I thought it was cute and funny. An estate agent came round to value my flat and joked with me that I had the virus when I said I'd been a bit unwell, pretending to step back in faux fear. My mum was particularly worried, but I believed it was hype, kept reassuring her of the stats - more people died each year from regular flu, from road traffic accidents, from a million and one
Post a comment
Read more

- March 22, 2020
It's been seven years since I have posted anything on this blog, but enforced isolation, the need to fill time and turn the current madness into meaning has brought me back.   In the intervening years since I last posted, my adventures have continued. I'm going to summarise them here, but will return to write about them - and hopefully link to other posts - periodically.   I spent nearly four years living in a conscious community in a big Victorian house with seven other people in North West London. This time enabled continuity from community / spiritual life in Asia. It also gave me a safe haven whilst I navigated the traumatic life event of losing one of my best friends, very publicly, in an unresolved incident. I played a role in an international media campaign to find him and later decided to change my career to mainstream media and PR.  Living in the house allowed me to save up the deposit to buy my first home in Brighton.  I've been here over three and
Post a comment
Read more

A Journey Into the Unexpected: Promo for My India Documentary

- June 25, 2013
But readers, readers, readers - my long neglected readers. It didn't all end there. No matter how much I would like to have ended my last post with "and they all lived happily ever after", I can't do that. Although it has been a hard realisation to have over recent months, I have come to know that life does not fit neatly into a narrative. It is a journey. and although the scene changes the action, the adventure, continues. For better or for worse. And that is what makes this beautiful ride so bloody exciting. We just don't know what the future will hold...
Post a comment
Read more 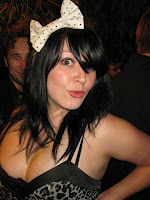 East End Girl - before my travels When I started my journey across Asia back in December 2011, I had no real plans, ideas or expectations. I knew that I wanted to make some big changes because, although I had been living a very comfortable and fulfilled life in London (on the surface, at least), I was in search of something deeper.  And so it was that I, in that clichéd sort of a way, dropped it all and went off to India, that magical place which has stolen the hearts of so many seekers before me. I sat in temples. I worshipped the deities alongside thousands of devout Indians. I undertook an Ayurvedic detoxification of my body. I  even learnt to stand on my head. Embracing my natural beauty in Rishikesh Stripped of make up, high heels, my pink vintage car and all of the props I had previously needed to make myself feel good, I began to open up to my inner beauty. The gorgeous people that I met reflected this and, as my heart gradually began to open up and I began to tru
1 comment
Read more
More posts